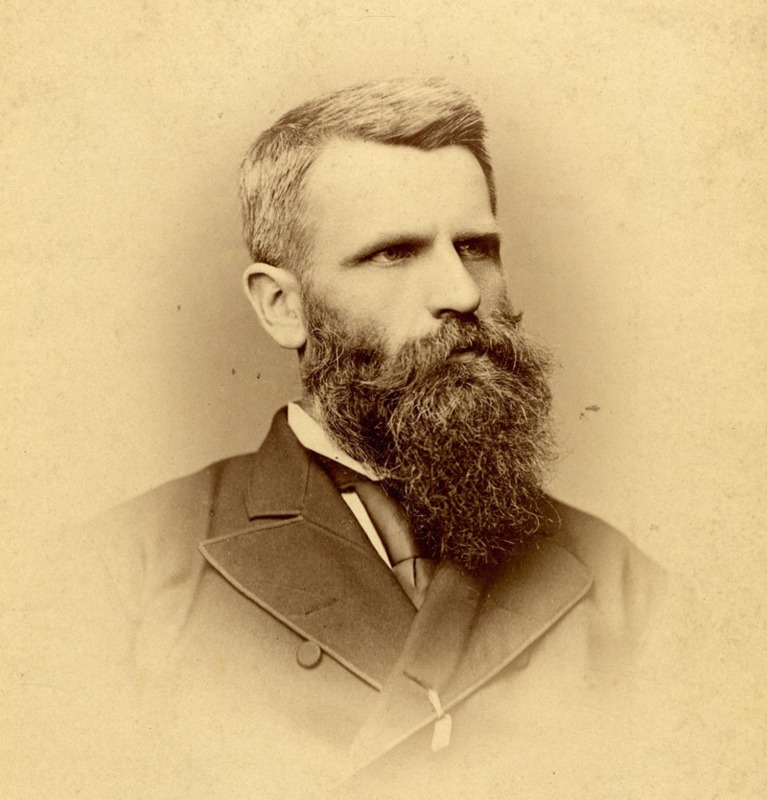 A Closer Inspection of His Philippine Expeditions

In the late nineteenth century, various UM graduates, students, and professors began to journey to the Philippines as part of zoological and botanical expeditions. They came to be known as “Michigan Men.” One of these men was Joseph Beal Steere, an ornithologist (someone who studies birds) whose experiences were well documented. Steere journeyed to the Philippines, as well as South America, for his research on birds, mammals, and other species. However, his intellectual endeavors and curiosity with the Philippine environment created a legacy that Steere himself could have never predicted. He found himself playing a part in the early colonization of the archipelago.

Documents pertaining to Joseph Beal Steere's expeditions to the Philippines are maintained today at the University of Michigan. His many collections are accessible to the general public. Steere’s travelogues, for example, are neatly categorized and maintained within the University of Michigan’s archives at the Bentley Historical Library. This essay is based on materials from his collections. Reading against the grain of Steere’s writings, we can better understand how his expeditions and documentation of the Philippine environment shaped imperial knowledge of the Filipino people.

Soon after graduating from the University of Michigan, Steere convinced his mother’s cousin, Rice A. Beal, to fund expeditions to South America and East Asia. Beal, who was the owner and publisher of the Ann Arbor Courier, agreed to fund the four-year trip on the condition that Steere write letters documenting his journey. These letters would be published in the Courier. In his letters, Steere documented his travels throughout South America and Southeast Asia in two themes. First, he documented “the particularities of geological formations, flora, and fauna.” Second, he provided “ethnographic descriptions of indigenous people and myths.”[1]

Steer recorded and sent all of the specimens to the University of Michigan, where he was slowly and steadily building a collection that he later curated upon his return to Michigan.[2] The transfer of Steere’s specimens to the University of Michigan was part of a deal brokered by Rice A. Beal. These artifacts would be named the “Beal-Steere collection” in the University of Michigan Museum (specific museum names were not yet allocated, and many of the references to where Steere’s collections were originally housed was in a museum under the name of “University Museum”). Eventually, six years after his return from his first expedition to the Philippines, Steere’s artifacts shared space in different disciplines including zoology, ethnography, geology, paleontology, and archaeology. Steere oversaw these collections, which eventually became a part of the Museum of Natural History.[3]

Although Steere never enlisted to fight in the American Civil War, his expeditions concerned themselves with a different question of race on which Steere made himself a leading specialist. In his notes, he continuously referred to the Filipinos as “Philippine Indians.” Moreover, he claimed that they would not have been “civilized” without Spanish rule.[4] Steere’s writings painted a biased picture of the Filipino as docile, and with the capacity for civilization.

The impact of Steere’s work on Philippine tribes and communities, which he purportedly “discovered” throughout his expeditions, remains largely unknown. Documentation pertaining to the Philippines and its people was built with the idea of the Filipino as an object of inquiry. This dehumanizing knowledge-making process presented the Filipino as “culture” rather than a subject who has a culture. Steere passed down this practice of producing and maintaining knowledge within imperial institutions to his students, Dean C. Worcester and Carl E. Guthe. Worcester and Guthe, who started off as students of Steere, later became colonial ambassadors to the Philippines.

In The Filipino Primitive, Sarita Echavez See uncovers some of the destruction and permanent damage that later expeditions created in the Philippines. See argues that the museum is a site where conquest, knowledge, exploration, and discovery meet.[5] The University of Michigan’s museums "accumulated" knowledge of the Filipino, through the expeditions of Steere and others, which reinforced the image of the Filipino as primitive.[6] These institutions greatly influenced knowledge of the Philippines that served to justify the expansion of imperial rule. The University of Michigan later sent its graduates to serve as colonial officers in the archipelago.[7]

The path of colonial scientific expeditions that Steere paved was critical for the American colonization of the Philippines after the Spanish-American War in 1898. On the eve of the war, few knew about the work of Steere and his students. Yet during this time of political need, his research became mobilized to promote the imperial agenda. This became even more evident in the works of Dean C. Worcester, one of Steere’s students, who argued that the Filipino was incapable of self-governance [8]. Steere published on the subject of the Philippines, however, his career does not compare to the work of his students. Indeed, Worcester’s colonial legacy of the Philippines overshadows the path paved by his professor and predecessor.