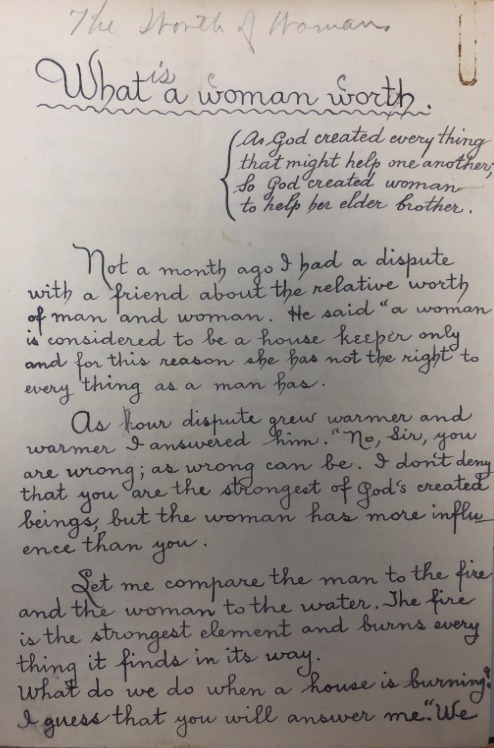 Education played a large role in the US government’s attempt to instill American values in the Philippine population, promote US interests, and “modernize” the Philippines. The posts contained here examine the connections between education and the US imperial project in the Philippines. The first post, A Brief History of the Thomasites, provides background on the education system and the role of US teachers in the Philippines. The Bentley Historical Library at the University of Michigan maintains numerous collections, including diaries and photos of American teachers, about these educational programs.  Drawing from these materials, the second post, Teaching American Values, goes into greater detail about the goal of spreading American culture in the native population. We argue that the US colonial education system inculcated the idea of American superiority and became a means for US imperialists to argue for the importance of their mission to “uplift” Filipinos. The final post, Frederick G. Behner's "Thomasite Adventure" then examines more specifically what happened in one Thomasite's classroom. As we show, Behner's own personal values and upbringing influenced the curriculum he designed in the Philippines.