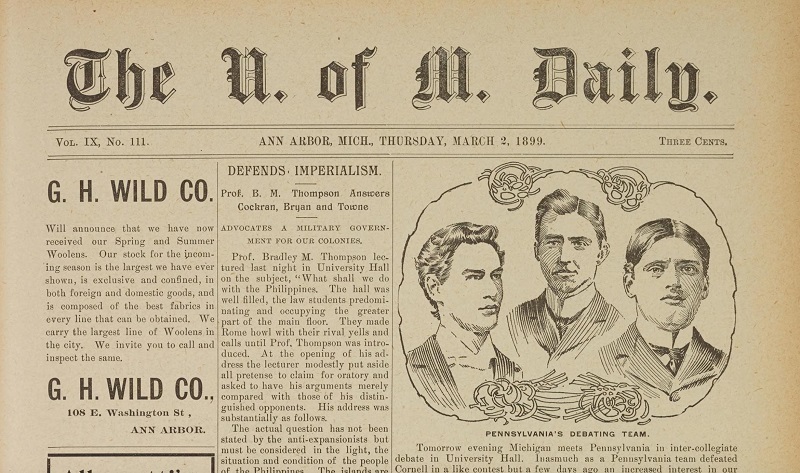 When studying history, context is important. Newspapers are a great source to learn about public opinion at the time being studied and to contextualize the collections being researched. We analyzed the Michigan Daily Digital Archives to give us a look into the Philippine Question. In the post, The First Philippine Question we examine the debate between imperialists and anti-imperialists, those for or against the United States involvement in the colonial project in the early twentieth century. Then, in the post Dean Worcester's Pro-Imperialist Message, we focus on the influence of one individual, a UM alum and professor who provided his expertise on the Philippines.  Lastly, in the post The Second Philippine Question, we cover the later debate which occurred in the late 1920s to early 1930s, after a long period of United States involvement in the Philippines. The Michigan Daily documented these debates about Filipino independence among students and faculty, providing important context on the UM's involvement.